I was very impressed today by a reflection given at ICUJP's Friday Forum by my dear friend Carolfrances Likin. She is passionate about social justice and shared with us her career as a teacher in predominantly African American schools in Los Angeles. Sadly, she reports that her passion for justice was not shared by principals who mostly cared about making sure their students did well on exams. "Teaching for exams" has become the bane of education in America---if "education" is the right word for indoctrinating kids to believe that what matters in life are test scores, not critical thinking or creativity.
Next week a teacher named Jehengir will be speaking at ICUJP about "A Social Justice Curriculum in the Public Schools: What Are the Possibilities?" It is about the obstacles that teachers face in teaching social justice and how we can overcome them." Jenengir has taught for 35 years and is an active member of the teachers' union. Having taught at the Mennonite Peace and Justice Academy (which is now sadly defunct),  I am eager to hear what he will share about projects such as "Schools L.A. Students Deserve Grassroots Coalition," where he works with teachers to organize with parents around issues of social justice. If you'd like to hear him speak, see icujp.org and come at 7 am to Immanuel Presbyterian Church, 3300 Wilshire (near the corner of Wilshire and Vermont). You'll be warmly welcomed! 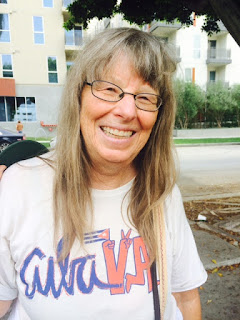