Is the Universe Friendly?

This is a reflection that I am presenting at the Friday Forum of ICUJP, in response to a presentation by Paul Nugent of the Aetherius Society,  a religion founded by George King in the mid-1950s as the result of what King claimed were contacts with extraterrestrial intelligences, whom he referred to as “Cosmic Masters."
I was inspired by Paul’s eloquent and thoughtful cosmic reflection to take a break from everyday peace and justice activism and look at the Big Picture—how does the work we do for justice and peace fit in with the universe? Was Martin Luther King right when he said the “arc of the moral universe is long but bends towards justice?” Is that just a metaphor, based on religious faith, or does modern physics support such a statement?
The discoveries of modern science from Darwin to the present have led many to reject God and to see the universe as either indifferent or hostile to the concerns of human beings.
Albert Einstein pondered this problem and concluded that “the most important question facing humanity is, ‘Is the universe a friendly place?’ This is the first and most basic question all people must answer for themselves.
He felt that how we answer this question will determine our ethical and political actions. He went on to describe three attitudes we can take towards the universe:

Like Einstein, I believe that the universe is a friendly place, for reasons that have to do with physics as well as theology. 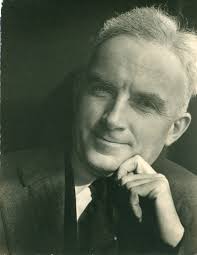 This morning I want to share with you some ideas about the universe from a Quaker theologian named Howard Brinton.  One of the most important Quaker educators of the modern era, Brinton taught physics and math most of his career, and was deeply influenced by Einstein and modern physics.  In the 1930s Brinton became the director of the Quaker study center called Pendle Hill, where I studied Quakerism. Because he was such a huge influence on me and many other Quakers, I wrote a book about him and his wife Anna entitled “Howard and Anna Brinton: Reinventors of Quakerism in the 20th century.” Brinton was a formidably educated man: he studied philosophy and mysticism with Rufus Jones at Haverford College, went on to study philosophy during its “Golden Age” at Harvard, and studied physics with Nobel prize winning physicists at Columbia University. Throughout his life he sought to reconcile Quakerism and mystical religion with the ideas of modern science, particularly the ideas of evolution and relativity.
Howard Brinton believed that the mystical ideas in John’s Gospel provided us with a way to connect ancient wisdom with modern science. John begins his Gospel by using the Greek

Brinton related this Logos principle to the concept of holism—which Einstein considered the most important idea of the twentieth century, next to his own theory of relativity. Most of us have heard of the basic idea of holism: the whole is greater than the sum of its parts. Holism helps to explain the evolution of the universe from inanimate matter to sentient life. As simple atoms are drawn together, they become molecules, which can perform more complex functions than isolated atoms. Molecules become cells, which are not only more complex but qualitatively different from inanimate matter because they are self-replicating. Cells join together and become animals that have desires (unlike machines). Animals join together to become communities that have not only desires but a sense of purpose. To form such communities animals sometimes sacrifice their individual desires and needs for the good of the whole. This process of drawing together and forming communities of increasing complexity leads to greater and greater awareness at the moral and spiritual as well as cognitive levels.

In a lecture given in 1933 called “Creative Worship,” Brinton describes this process in poetic terms that evoke the Gospel of John as well as modern physics:

In the beginning there was a swarm of electric particles, the most primitive forms of matter, pushing and pulling on each other from without. The Power which unites uttered the creative Fiat and these participles cooperated with one another to form organisms called atoms. The atoms jostled and fought each other until again the Spirit of Cooperation entered and they combined to create molecules. The molecules were mechanically and externally related and Creative Harmonizing Love fused them into fellowships as living cells which exhibited an unprecedented kind of behaviour. In a similar way cells, by forming new kinds of relation with one another, gradually achieved great societies such as animal bodies and eventually the infinitely elaborate structure of a human brain.[1]

According to Howard, this Power or Spirit is active not only in every aspect of the natural world, but also in every religion. He saw silent worship as the unifying factor underlying the message of every great religious leader:

When Moses saw God in the burning bush or Elijah heard the still, small voice, when Paul went to the desert of Arabia after his conversion, or George Fox on Pendle Hill saw in vision a great people to be gathered, when the Buddha sat in meditation under the Bo-tree or Mohammed listened to an angelic voice in the cave near Mecca, above all, when Jesus Himself faced temptation alone in the wilderness, a great new message to the world was born not because God was spoken to but because God was listened to.[2]

In this passage Brinton reminds us that taking time to be still and listen can help us connect with the Logos. The more we listen and reflect in the silence, the more we realize that we are not alone, separated and isolated. We are all interrelated, and we all have a role to play in the evolution of consciousness. As Martin Luther King wrote in his letter from Birmingham jail:

This is the nature of the universe in which we “live and move and have our being” (in the words of Paul—the Apostle, not Nugent). As we come to better understand our place and our role in this ultimately friendly universe, we become friendlier and more just. We learn to hear the still, small voice of the Logos in ourselves and in others more clearly. We are led to join with communities like ICUJP that are seeking to live in harmony with the universe and fulfill its purpose. My prayer and wish for us to day is to take time to breathe in and experience that living Logos which connects us with each other and with the universe. Take a deep breath. Feel the universe within and around you. Feel its goodness. Feel its friendliness. This is the source of who we are. This is our purpose and destiny. 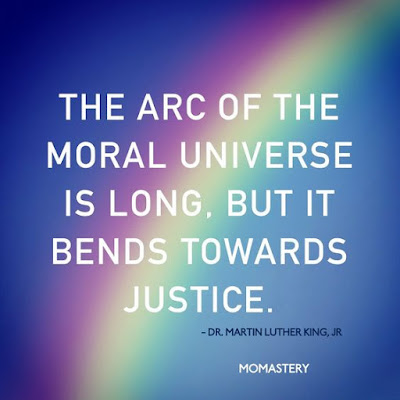