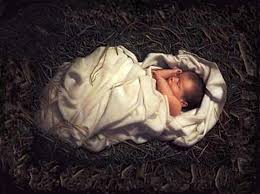 For a number of years I helped my wife with the children's program at her Methodist church. I served in a variety of capacities: helping with crafts, serving snacks, leading discussions, and dressing up as various biblical figures from Moses to Jesus for Vacation Bible School and skits. It was fun, but we sometimes wondered how much of an impact we were having on the kids. Some were churched, some unchurched, and some came from families so alienated from religion and God you wondered why they left their kids with us. The cynical answer: we provided free child care!

I remember in particular an elementary school kid named Katie whose mother had a bitter divorce and was extremely cynical about everything. As a result of emotional neglect at home, Katie was unbelievably needy and greedy. Whenever we offered prizes to learn Bible verses, Katie was always anxious to get the "best" prize. And if she didn't get what she wanted, she would start crying like a pre-schooler.

Like most girls her age, she was an avid consumer and utterly Machiavellian when it came to manipulating adults. I remember overhearing Katie and some other girls talking about various ploys to use in order to guilt-trip parents into buying stuff they wanted.

Katie had no idea about God or Jesus when she first came to our Kids' Club, but gradually she got the idea that Jesus had something to do with being nice and loving people. But her main goal in Kids' Club was to act the main part in skits and get all attention and prizes she possibly could. And heaven forbid that she shared anything with anyone else!

I often wondered if our efforts to teach the message of Jesus made any difference in the lives of kids like Katie. I remembered the cynical saying that the church provided just enough of a dose of Christianity to insure that people were immune to it for the rest of their lives.

The test of my faith (and hers) came one Christmas when we took our Kids' Club to Manhattan Beach to take part in the Journey to Bethlehem (see http://www.journeytobethlehem.org/Photos.html. This is an amazing experience, the Renaissance Faire of Christmas. Members of this church go to astonishing lengths to re-construct the village of Bethlehem as authentically as they can, with little shops, stalls, goats, donkeys, and people dressed in biblical costumes. As in Renaissance Faires, people learn how to act in character, whether they are Roman soldiers, shopkeepers, or religious figures. Kids of all ages, from 5 to 85, love this experience which brings to life the nativity story.

As you enter the Bethlehem, you are given shekels, tokens that can be used to buy cookies and cider, time in the petting zoo, and other goodies. Naturally, Katie and the kids took their shekels very seriously and hoarded them for just the right purchase.

After a while, some angels appeared on the rooftop of a nearby building, illuminated by spotlights and surrounded by clouds formed by dry ice. With a fanfare of trumpets they announced the birth of a Savior in the city of Bethlehem. Everyone looked around to see what would happen.

At first, nothing seemed to be happening. You almost didn't notice a man with a donkey, his pregnant wife precariously perched on the donkey's back. It was so crowded this unremarkable couple were almost invisible, just as they would have been in real life. Soon people began noticing and followed the couple as they made their way to a stable. There a line formed and we all waited for the opportunity to see the baby Jesus,

Katie was beyond herself with excitement, and so were all the other kids. It was a long, long wait---maybe five or even ten minutes--but it seemed forever. Finally, we got to the inside of the stable and there was Mary with her baby. Not a toy baby, as we expected, but a real one--a baby maybe six months or a year old, but still, a real, live baby!

Katie and there other kids were of course in awe of this unexpected miracle, and she was not alone. All of us felt wonder at the mystery of this real-live baby in which the Divine Light glowed. Katie turned to me and said very quietly and seriously,

"Can I give the baby Jesus a present?"

With great care Katie reached over the fence and gave Mary her shekels.

Katie's face was glowing in a way that I had never seen before.

At that moment, I thought that perhaps our efforts hadn't been wasted. I knew the somewhere Jesus was smiling as he accepted this love gift from one of his broken, but nonetheless beloved and lovable children.
Posted by LA Quaker at 9:29 AM