Haiku written during a year at a Zen Center 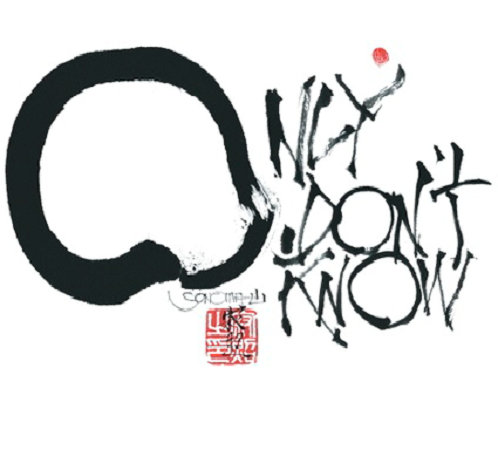 "Don't just do something…sit there!" - A Quaker expression

These haiku were written 25 years ago during a year I spent at the Providence, Rhode Island, Zen Center. This was an intense period of my life: I had just completed my Ph.D in British literature, my first marriage had come to a crashing end, and my mother was dying and needed my help as a caregiver. During this time of crisis, I discovered with great joy and relief the Quaker meeting in Princeton, NJ, and found the supportive spiritual community I desperately needed. I also found solace and empowerment in the practice of Quaker silent worship and Zen meditation.

On leave from academia, I began editing a magazine called "Fellowship in Prayer" (now called "Sacred Journeys"). This job gave me the opportunity to meet spiritual teachers from various traditions and to explore a variety of spiritual practices--thereby beginning what has become an interfaith ministry. Feeling drawn to Zen Buddhism, I decided to spend a year at the Zen Center in Providence, RI.

A book could be written about this fascinating year, and I intended to write one. But what I ended up writing was a series of haiku describing my experiences as a series of snap shots.

My teacher was Seung Sahn, one of the first Korean Zen masters to settle in the USA. I never formed a close bond with him--he traveled a lot, supervising his various Zen centers--but what I remember best is a story about him that my friend Ellen Sider told. Ellen was a sculptress as well as a Zen practitioner. Early in her practice, she went to Seung Sahn with some haiku she had written and asked for his opinion.

"They are very nice," he replied. "But you must learn to be stupid."

I have never forgotten that lesson. In the spiritual life, we must not strive to be clever, but rather to tap into the deep wisdom that is beyond words.

During this period I also learned important spiritual lessons from my Quaker friend and teacher Teresina Havens. Terry, as she was known, was a brilliant woman who had completed her Ph. D. at Yale in the 1930s--her dissertation was about the Buddhist teacher Nichiren who she felt was closest of all the Buddhists to the spirit of George Fox and Quakerism. During their retirement, Terry and her husband Joe started a retreat center near Amherst called Temenos. This center had close ties with the Providence Zen Center, and I often went to Temenos to spend time with the Havens.

Terry was one of the most vitally alive people I have ever known. She and her husband put into practice the Quaker testimony on simplicity and lived on a hilltop in a camp without running water or electricity. They organized workshops and raised awareness about social as well as spiritual concerns. Despite her aged body and stooped back, Terry had taken up sacred dancing and was eager to explore new ways to embody the Spirit.

One day as I watched Terry brush her hair out doors in the midst of a birch grove, a haiku came to me. In that moment, in a flash of insight, I saw that Terry's spirit as eternally spring-like, continually renewing itself.

I hope that in reading these haiku, you catch some glimpses of what is eternally present--this precious moment in which we live and breathe and have our being.

A number of these haiku have been published in various magazines, and a series of them appeared recently in a Quaker book called "Enlivened by the Mystery: Quakers and God": http://westernfriend.org/books/#more-425 I encourage you to go to this site and learn more about how the Spirit works among Friends. 
harvest moon
entering the dark temple
i bow to shadows


meditating-
our shadows on the floor
pass so quickly...


chips scatter!
he whacks away at his still
unfinished Buddha


first freeze--
a leaf on a film of ice
trickling water


a fly
buzzes round the window. . .
icy winds


Buddha's
enlightenment day--so much ado
about Nothing!


stopping by
the drugstore on a snowy evening--
may i help you, please?


running across
the room, a child plops down
on Master's cushion


cold spring night--
no wind, no sound at all...
then two peepers


meditating--
a black fly leisurely breakfasts
on my nose


put down your broom!
this hairy humpbacked spider
was also your mother


fee-bee, fee-bee
the song the chickadees sang
the day my wife left


spring winds:
so much depends
on what i can't see


among misty pines
at sunset, a hermit thrush
lifts its tail and sings


how brightly the sun
glistens on the web spun last night
on this tarnished buddha! 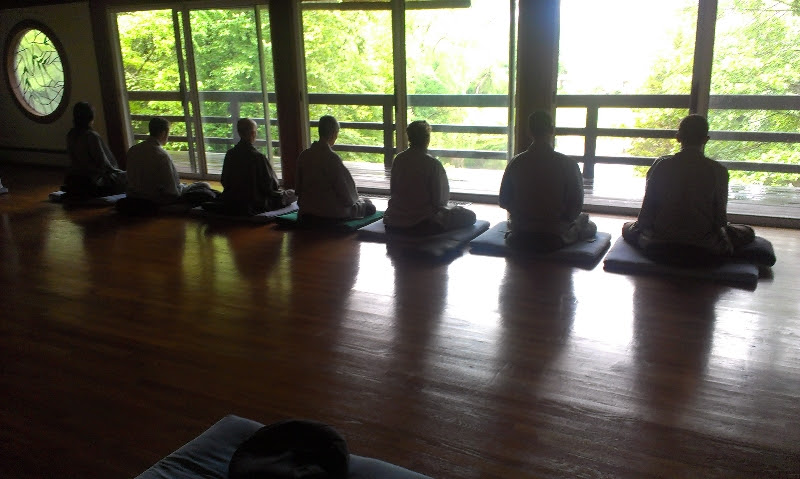