"There is nothing hidden that will not be disclosed": reflection on therapy 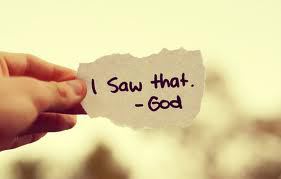