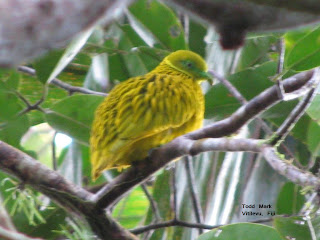 The idea of giving an award to the best pictures/animated feature promoting peace and justice came to me because of my role as an uncle. One of my duties as an uncle is to take my nieces and nephews to the movies--a task I don't mind in the slightest since I love animated features. Over the past year I noticed that several of the movies I was taken to by my nieces and nephews had a message that gladdened my heart as a Quaker peacemaker. Instead of showing the good guys vanquishing or killing the bad guys---the staple of Hollywood films--they showed enemies being turned into friends, and bad guys becoming good guys.

The features that most impressed me were "How to Tame Your Dragon," "Megamind," and "Despicable Me"--all of which earned what I called at first the "Quaker seal of approval."

The phrase "Quaker seal of approval" didn't seem very appealing, however. It sounded too much like the "Good Housekeeping Seal of Approval" and reeked of oatmeal. Who'd want to see a film with such a dubious accolade?

Then it occurred to me to call my award "The Golden Dove" award and to involve the interfaith community in selecting the best films, documentaries, animated features and books. Once a year representatives of the religious community of LA  (and eventually the USA) could vote on the Golden Dove and we could have awards events, perhaps at USC and UCLA.

It seems to me that many films (and books) appear that deserve this kind of recognition. For example, the films "I am" by Tom Shadyak and "Of Men and Gods" are ideal candidates for the Golden Dove. And for books, "War is a Lie" by David Swanson is a strong contender. Interfaith Communities United for Justice and Peace is sponsoring a Peace and Justice Book Fair during the LA Times Book Festival (see icujp.org). Awarding a "Golden Dove" award for best peace book could be a feature of this event.

The "Golden Dove" award would involve an annual awards event, in which authors, producers, and actors would take part. In addition, we could apply for grants to produce educational material to use at churches, mosques, synagogue, schools etc. The possibilities for peace education are endless!

I shared this idea with Susan Stouffer, director of the Peace Center at USC, and she was very enthusiastic. I am currently floating the idea with others in the interfaith to see if it will fly. I have a sense that angel wings are a-flutter....

PS  If you like this idea and would like to run with it, please let me know. I don't need credit. I just want to see this happen. As Harry Truman once said, "There is no end to what you can accomplish if you don't seek credit for it."
Posted by LA Quaker at 8:43 AM