In March I went to Mexico City for the first time, and it was love at first sight, thanks to Jill, the Friends World Committee for Consultation (FWCC) and the Casa de los Amigos. We spent four days attending an FWCC conference, and a week taking part in a social action study tour sponsored by the Casa. It was a life-changing experience.
For the past 59 years the Casa has been a Quaker center for hospitality, social justice and peace, and the Mexico City unprogrammed Quaker meeting. From the moment we arrived at the airport in Mexico City to the moment we left, staff and volunteers at the Casa made us feel loved and cared for.   The staff consists mainly of young idealists and activists, and they clearly enjoy what they are doing. They describe the Casa as "the rootinest-tootinest, most fun, most exciting place in the world" with "over half a century of peacework in our beloved gritty city." All kinds of interesting people pass through the Casa: anthropologists, researchers, activists, interns from religious organizations like the Mennonites, drifters, migrants, refugees....Over 2000 annually! See http://www.casadelosamigos.org/en/hospitality/
FWCC, Section of the Americas, is a Quaker organization that seeks to build understanding among diverse Friends from North and Latin America. For the last three years I have served as a FWCC rep for Pacific Yearly Meeting, After being welcomed at the Casa, Jill and I took part in a FWCC gathering of over 100 Quakers that took place at a Catholic retreat center called Quinta Saulo,  just outside of Mexico City. It was wonderful to spend time among Friends who were so culturally and theologically diverse, yet so deeply committed to being Friends in every sense. Thanks to the excellent work of FWCC staff and volunteers, we truly felt "woven together in God's love" (Colossians: 2-4).Through workshops, worship and meetings for business, we created a beautiful tapestry of memories and friendships that will last a lifetime.


I've been dreaming of going to Mexico with Jill practically from the time we were married three and a half years ago. Jill has a German background but a Latino heart, speaks Spanish fluently and has spent years in Latin America doing good work. When she speaks of Latin America, she glows. She has known and loved the Latino culture since she was a little girl, thanks in large part to her Dad, who worked alongside the Mexican braceros in Orange County when he was a kid. The Mexicans were like family to him and he took his family to Mexico as often as possible to experience this culture he loved so deeply. In college Jill wanted to be a missionary in Latin America, and spent several years in Mexico working for Food for the Hungry.
My own experience in Mexico has been more limited than Jill's, but also life-changing. In the 1990s and early 2000s I helped lead Quaker work camps at Maclovio Rojas, a colonia between Tecate and Tijuana. We not only built a women's center and community center, we also supported the struggles of local residents whose homes were under attack from the government. A small group of farmers from Oaxaca moved to this area in 1988 and began farming the land (to which they were entitled under Mexican law). Later, when maquiladoras moved into this area, the land became valuable and the government wanted to take it away. But the community resisted and it still resisting to this day. Our Quaker youth were deeply inspired by the example of poor but valiant Mexicans who struggled for their rights and dignity. Despite recent attacks by drug lords, the community continues its struggles, and has attracted UCLA students willing to take significant risks to provide free medical services. Some of the leaders of the recent campesino revolt against unjust farm owners in Baja California came from Maclovio Rojas.
See
http://laprensa-sandiego.org/archieve/2008/april18-08/Maclovio.htm and http://www.laweekly.com/news/ucla-students-provide-aid-to-a-tijuana-squatter-town-video-5425261 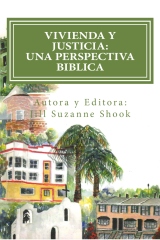 Jill and I prepared for our trip by translating into Spanish and publishing sections of Making Housing Happen,  her book on housing justice. (This book, called Vivienda y justicia: una perspectiva biblica, is available online at https://www.createspace.com/4747366 ) While in Mexico, we had the opportunity to share this book and its theology with dozens of Latin American pastors and leaders. We also left copies at the Casa to be used at their book club. The theology of this book is very different from the holiness theology that most Latin American Quakers are used to, but it is deeply biblical and therefore resonates with many Evangelicals. It also resonates with liberal Quakers who care deeply about social justice. It is our hope that this book will help to build bridges among diverse Quakers and Christians--which is also the goal of FWCC (which is one reason we dedicate this book to that organization).
The FWCC gathering was mainly a time for spiritual connection and building friendships. There are meetings for worship in Spanish and English--some programmed with hymns and messages, and others unprogrammed and mainly silent. I was called to serve as the clerk of the Communication Committee, which Jill also felt led to join. This means there is a good chance that we may travel together to Peru in January for the next meeting of FWCC. We plan to ask for a clearness committee to explore this new possibility for joint ministry.
After the FWCC gathering, we took part in a social justice study tour sponsored by the Casa de los Amigos. There we learned about "Los Otros Dreamers," young people born in Mexico but brought up as Americans, who were deported to Mexico or decided to leave voluntarily and now can't return. Their struggles to adapt to an unfamiliar country and culture are documented in a moving new book by Jill Anderson, a former staff member of the Casa. We also learned about immigration issues from a Mexican perspective and visited Casa Tochan, a migrant shelter for those who were victims of violence. And then we went to Vicente Guerrero, a rural farming village in the state of Tlaxcala, east of Mexico City, that has been preserving and practicing traditional agricultural techniques with great success, and has also been successfully battling Monsanto and the use of GMO seeds. I'll say more about this amazing tour in a subsequent post.