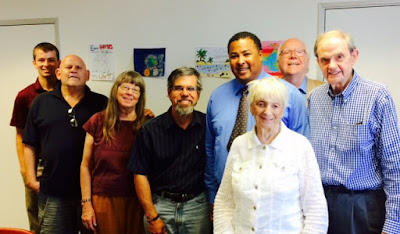 The ICUJP delegation expressed its thanks to Senator Boxer for her courageous stand on the Iran Nuclear Agreement, knowing how complex the issue is and how many conflicting points of view she must be hearing, from constituents as well as from colleagues and lobbyists. ICUJP stands ready to call upon our membership to support her publicly on her stand whenever opportunities may arise.

As the Senator's constituents, the delegates discussed their personal and faith-based observations regarding the Agreement and its significance to the Middle East and to the world, as a monumental breakthrough for negotiations among previously estranged nations in place of escalating threats of war. The delegates also noted the devastating consequences of a unilateral failure of the United States to follow through with the Agreement.

Finally, the delegation asked that the Senator, in her role as a senior member of the Senate Foreign Relations Committee, take strong steps to extend the spirit of the Agreement to a renewed drive toward regional and eventual worldwide abolition of nuclear weapons, in cooperation with all Middle Eastern nations, and particularly with China and with Russia, where mutual suspicions and aggressive actions have so seriously impaired progress under the Non-Proliferation Treaty (NPT).

ICUJP is pleased to have opened a dialog with the Senator's Los Angeles staff, and we look forward to future communications with her office on matters of mutual interest where the Senator would welcome input and support from the Los Angeles-area interfaith community.

GIVE PEACE A CHANCE 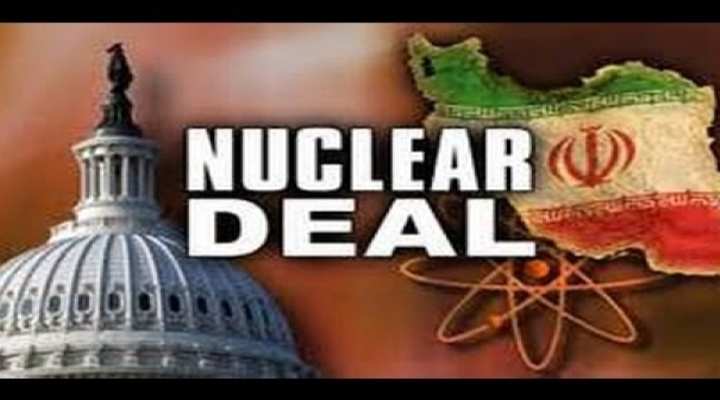 Interfaith Communities United for Justice and Peace supports the Joint Comprehensive Plan of Action (JCPOA) reached in Vienna on July 15, 2015, which will significantly limit Iran’s potential nuclear weapons development and in return lift sanctions against Iran.
Since its founding over 13 years ago in the wake of 9/11, ICUJP has urged that Religious Communities Must Stop Blessing War and Violence and has promoted the use of diplomacy, negotiation, and humanitarian and peaceful means to resolve international conflicts, instead of war and military intervention, in Afghanistan, Iraq, Iran, Syria, Israel/Palestine and elsewhere.
ICUJP applauds the leaders of Iran, the United States, China, France, Russia, the United Kingdom, Germany, and the European Union for their patience and commitment to seeking a diplomatic resolution to the rising confrontation over Iran’s potential development of nuclear weapons and to ending the suffering of the Iranian people under international sanctions.
The people of faith and conscience who make up ICUJP, motivated by their sacred scriptures and teachings, believe in the dignity and worth of every human being and support efforts to make this a more just and peaceful world. They agree with more than 50 American Christian leaders that came together to voice their support for the framework of the agreement, saying that “It is the sacred responsibility of all those entrusted with political power to pursue, with patient perseverance, every option that makes the destruction of war less possible, in order to protect human life and dignity. This becomes an even more urgent moral and spiritual imperative when we have the chance to prevent the further spread of nuclear weapons, with their terrifying potential of mass destruction.”
Pope Francis lent his imprimatur to the framework during his Easter blessing, and the U.S. Catholic bishops have welcomed the agreement and their top spokesman on international affairs bluntly warned Congress against doing anything to undermine it.
There has been support for the agreement by the Muslim Public Affairs Council who called the agreement “a historic first step in preventing further conflict in an already troubled region.”
“This is a testament to the power of diplomacy in addressing international conflicts, and a meaningful step toward a nuclear free world," said Salam Al-Marayati, President of MPAC. “The administration should work to make this deal permanent and ensure that voices of fear and agitation do not derail this historic progress.”
Rabbi Joseph Berman, the Jewish Voice for Peace’s government affairs liaison said: “This opportunity for the diplomatic process to succeed in avoiding war with Iran is too important to discard over partisan politics. This is a strong deal and we urge our elected leaders to vote in favor of the agreement when it comes before Congress.”
Under the JCPOA, Iran will cut its stockpile of low-enriched uranium by 98% and will reduce by about two-thirds the number of its centrifuges for at least fifteen years. For the next fifteen years, Iran also agreed not to enrich uranium over 3.67% or build any new uranium-enriching or heavy-water facilities. Uranium-enrichment activities will be limited to a single facility using first-generation centrifuges for ten years. Other facilities will be converted to avoid proliferation risks. To monitor and verify Iran's compliance with the agreement, the International Atomic Energy Agency (IAEA) will have regular access to all Iranian nuclear facilities. The agreement provides that in return for verifiably abiding by its commitments, Iran will receive relief from U.S., European Union, and United Nations Security Council nuclear-related sanctions.
Critics of the agreement offer no credible alternatives to the negotiated settlement, only threats of war, military intervention and endless sanctions, which time and again have failed to bring peace in the region and have only brought death, instability, hatred, suffering and destruction.
ICUJP urges the governments of each party to the agreement, including the U.S. Senate and House of Representatives, to promptly approve the JCPOA. If Congress tries to block the agreement and it becomes necessary for President Obama to veto such a decision, we urge our elected officials to support the veto.
The JCPOA does not solve all the conflicts which may exist between the parties. It was never intended to do so. But it is potentially one of the most consequential accords in recent diplomatic history. Among other remaining issues, we call upon Iran to release all political prisoners, including American journalist Jason Rezaian.
This historic agreement needs the support of all peace-loving people, not only to reduce the risks of nuclear war in the case of Iran, but to serve as a model for resolving existing and future international conflicts through peaceful negotiations and diplomatic efforts, looking forward to the day when war and military intervention are relics of the past.
Let’s give peace a chance.
--
Posted by LA Quaker at 8:37 AM