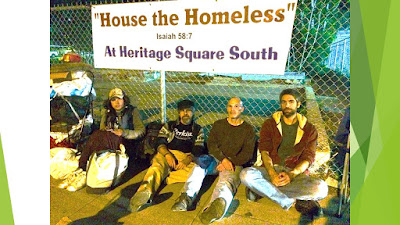 Please join us at the Pasadena City Council on Monday, December 17, when they will finally consider using city-owned property at Heritage Square South for housing homeless seniors. If you can't make it, please email our City Council via the city clerk: mjomsky@cityofpasadena.net

We are urging our City Council to support permanent supportive housing at Heritage Square South for the following reasons:
Posted by LA Quaker at 9:42 PM