Supporting the Poor People's Campaign and Quaker Lobby Day during the month of Ramadan.... 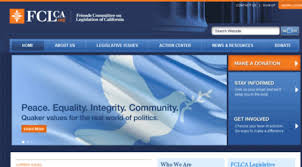 On Sunday, May 20, I am traveling to Sacramento to support the Poor People's Campaign and Quaker Lobby Day--"feeding two birds with one bird feeder," to give a Quaker twist to an old rather violent expression. I will be traveling with Rev Tim Murphy, a young activist and dear friend who is one of the organizers of the California campaign, and former director of Progressive Christians Uniting. I am eager to take part in this national campaign that is reviving the spirit of Dr. King's efforts to end poverty, militarism, and racism.

This week also happens to be the beginning of the month of Ramadan, which is a special time for me. I have been fasting for peace and social justice for 17 years during this holy month, so it seems fitting that I am going to Sacramento to lobby for prison reform, reducing "deep poverty," and strengthening our environmental laws. I will provide more information about these laws below so that you can support our efforts by contacting your state legislator, if you feel so led.

To find our more, go to these links:

Here's info about the bills we will be advocating on Quaker lobby day (May 21):

Senate Bill 1392, by Sen. Holly Mitchell, repeals the one-year sentence enhancement that is placed on every person with a prior felony conviction. The bill passed the Senate Public Safety Committee and is now on the Senate floor.  FCLCA is a co-sponsor.

Background: The huge growth in incarceration rates beginning in the 1970s was not due to increases in crime; rather, it is attributed to tougher sentencing policies. Contrary to policymakers’ expectations, greater reliance on mass incarceration has not yielded substantial public safety benefits. It has bloated our prison and jail budgets and has tied up funding that could be better invested in education, after school programs, vocational training, affordable housing and mental health and substance abuse treatment, all of which improve public safety. Longer prison and jail sentences magnify underlying racial disparities in our criminal justice and can cause more harm to those incarcerated, their families and their communities.

·  Repeals the wholesale application of the one-year enhancement for each prior felony conviction.
· Blanket sentence enhancements are unnecessary and often duplicative. The California penal code contains numerous other enhancements that are tied to specific offenses. Judges also retain the discretion to sentence individuals to the lower, middle or upper term prescribed for the offense.
·  Strong communities are built from the ground up. Repealing this wholesale enhancement will free up funding for programs that actually improve public safety.

Senate Bill 982, also by Sen. Holly Mitchell, adjusts CalWORKS grants so that no child will live in deep poverty – defined as below half of the federal poverty level based on family size. FCLCA is a co-sponsor. The bill is in the Senate Appropriations Committee and is on the Committee’s suspense file and has matching budget requests in both houses. A Senate budget subcommittee just passed a budget request to raise the maximum aid payment from $714 to $1,046 for a family of three by 2021-22, as costs are phased in over several years.  It now goes to the full Senate Budget Committee.

Background: The CalWORKs program serves 1.1 million individuals in California, 80 percent of whom are children. The level of support provided to CalWORKs families is insufficient to meet basic needs and lift children out of deep poverty. Deep poverty causes toxic stress that harms brain development and early functioning, disrupting a child’s ability to succeed in school and in life and impacts their health into adulthood. The current maximum grant for a family of three is $714 or 41 percent of FPL. However, most families receive less than the maximum grant: the average CalWORKs grant for a family of three is $556 per month, or 33 percent of FPL.

FCLCA also urges members of the Senate and Assembly to support the budget request regarding another key anti-poverty measure – expanding the California Earned Income Tax Credit to all working adults and supporting outreach and free tax preparation to potential recipients.
Assembly Bill 3131, by Assembly Member Todd Gloria, requires state and local law enforcement agencies to obtain approval by its governing body prior to obtaining and deploying military equipment made available under the federal military equipment surplus program. The bill is currently in the Assembly Appropriations Committee. FCLCA is a co-sponsor.

Background: The Pentagon’s 1033 Program allows surplus military equipment to be transferred to state and local law enforcement agencies free of charge. These agencies may also purchase military equipment from private companies. Military hardware is much more likely to be deployed in routine drug arrests than in hostage or barricade situations. Following the tragic events in Ferguson, Missouri, the Obama administration issued an executive order curtailing the 1033 program. That executive order was subsequently reversed by the Trump administration.

AB 3131:
·  This bill is necessary because the lack of a public forum to discuss the acquisition of military equipment polarizes the relationship between the police and the community, when law enforcement is seen as an occupying force rather than a public safety service.
· Requires state and local enforcement agencies to obtain approval by its governing body prior to obtaining military equipment.
·  Requires approval of a Military Equipment Use Policy, which, among other things, addresses the specific purpose that equipment is intended to achieve, the course of training required to operate the equipment and requires the agency to consider alternatives.

Senate Bill 100, by Sen. Kevin de León, increases the Renewable Portfolio Standard to 60 percent by 2030 and establishes an overall state target of 100 percent clean, fossil-free electricity generation by 2045.  The bill is currently in the Assembly Utilities and Energy Committee. FCLCA supports.

Background: The California Renewable Portfolio Standard Program (RPS) requires the Public Utilities Commission to require electric utilities to procure specified quantities of electricity from renewable, zero-carbon sources. Though California is on track to meet its current RPS standard (50 percent of electricity generated by 2030 must come from zero-carbon electricity), the current rise of greenhouse gas emissions is leading to an unprecedented rate of increase in global average surface temperature of extreme detriment to the Earth’s ecosystems and species. We must take bolder action now in order to avert catastrophic climate change. California is the fifth largest economy in the world.  All eyes look to us for leadership as to how industrialized nations can enact policies to mitigate catastrophic climate change.

SB 100:
•     Increases the Renewable Portfolio Standard from 50 percent to 60 percent by 2030.
•  Establishes a new policy that by 2045 of all electricity to meet end-uses will come from zero-carbon resources by directing the Public Utilities Commission, the CA Energy Commission and Air Resources Board to adopt policies to achieve this goal.
•  Clean electricity generation also reduces air pollution and improves public health.

• SB 100 will be California’s biggest commitment yet to a clean energy future. We have the know-how and the technology – we just need the political will! 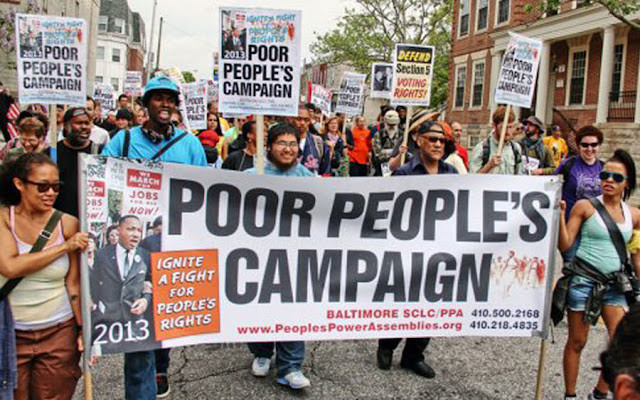